The pop star testified that she wasn’t listening to any Christian music when she recorded the 2013 chart-topper. 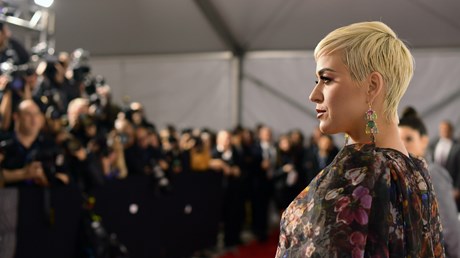 The mainstream pop and Christian hip-hop (CHH) worlds collided again this month, as a five-year-old lawsuit claiming Katy Perry stole beats from a CHH song made it to court.

Last week, Perry took the stand before a civil jury in downtown Los Angeles and maintained that she was not familiar with Flame’s “Joyful Noise” (featuring Lecrae) when she created her 2013 magic-themed, pop-meets-trap hit “Dark Horse.” Despite her origins as a Christian musician—then performing as Katy Hudson—Perry said that she was “mostly always listening to…secular music.”

A US District Court judge rejected a summary judgment bid by Perry and several other songwriters last summer, and the trial will continue on Friday, when Flame (Marcus Gray) is expected to testify again.

Flame originally claimed in a 2015 lawsuit that his song had been “irreparably tarnished by its association with the witchcraft, paganism, black magic, and Illuminati imagery evoked by the same music in ‘Dark Horse.’”

Judge Christina Snyder deferred to the opinion of the plaintiff’s musicologist who argued that the songs were similar enough on “five or six” musical criteria and shared unique melodic descents that he believed the plaintiffs’ claims.

The same musicologist also took the stand in court last week to support the plaintiff’s case and testified, “I have not seen another piece that descends in the way these two do.”

Perry dismissed an argument that her decision to cut the opening beat of the song at her 2015 Super Bowl performance was related to the lawsuit.

Several weeks after the lawsuit was filed in July 2014, Lecrae, who was featured on “Joyful Noise,” …