Recognized for stewarding a breakthrough peace agreement with Eritrea with a “revivalist” spirit, Abiy Ahmed also helped end a historic church schism among the Orthodox. 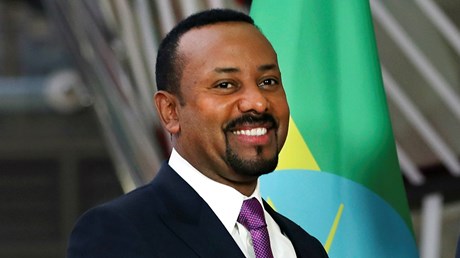 Less than two years since taking office, Prime Minister Abiy Ahmed has helped Ethiopia achieve the kind of peace and reconciliation once deemed impossible, including resolving a border conflict with its East African neighbor Eritrea.

Today, his efforts earned him the 2019 Nobel Peace Prize.

Though some Ethiopians have questioned whether the recognition has come too soon, the Nobel Committee stated, “… even if much work remains, Abiy Ahmed has initiated important reforms that give many citizens hope for a better life and a brighter future.”

At 43 years old, Ahmed is Africa’s youngest leader. He made quick and deliberate efforts toward reform when he took office in April 2018.

Ahmed signed a peace accord with President Isaias Afwerki of Eritrea last year, after decades of political stalemate and two years of violence that cost 80,000 lives along the border. The two countries have grown increasingly open to one another, with resumed air travel and telecommunications, the New York Times reported.

He spent his first 100 days as Prime Minister lifting the country’s state of emergency, granting amnesty to thousands of political prisoners, discontinuing media censorship, legalizing outlawed opposition groups, dismissing military and civilian leaders who were suspected of corruption, and significantly increasing the influence of women in Ethiopian political and community life. He has also pledged to strengthen democracy by holding free and fair elections.

As CT previously reported, Ahmed also helped reconcile two branches of the Ethiopian Orthodox Church, which split for political reasons in 1991. Orthodox represent the largest religious group in the …